The Tonelux JC37 is the product of an endeavor by legendary engineer/producer, Joe Chiccarelli to create a present-day production microphone having the utility and singular sonic characteristics of the Sony C37a mics, manufactured in mid 20th century.

Retaining the base elements of the original design – a vacuum tube buffered 37mm single diaphragm transducer with transformer output, the JC37 foregoes selectors for pattern, frequency response, output impedance and level of the original in favor of a cleaner signal path.

As with the mic stand mount, a three meter cable is integrated into the body of the mic and connects to a Tonelux Universal Microphone Power Supply that is capable of powering two microphones as a stereo setup. Consideration to this is reflected in the carrying case, which holds two microphones along with the PSU.

In order to provide today’s recording engineer with the sonic attributes of the original design, extraordinary care was taken to determine each contributing element in the signal path, as well as physical construction such as the head grill, etc. Listening tests throughout have been conducted at the legendary Sunset Sound Studios with access to their collection of C37a mics.

The JC37, presently in manufacture is the first in the line of Tonelux branded mics – along with a solid state BC37 currently in development. 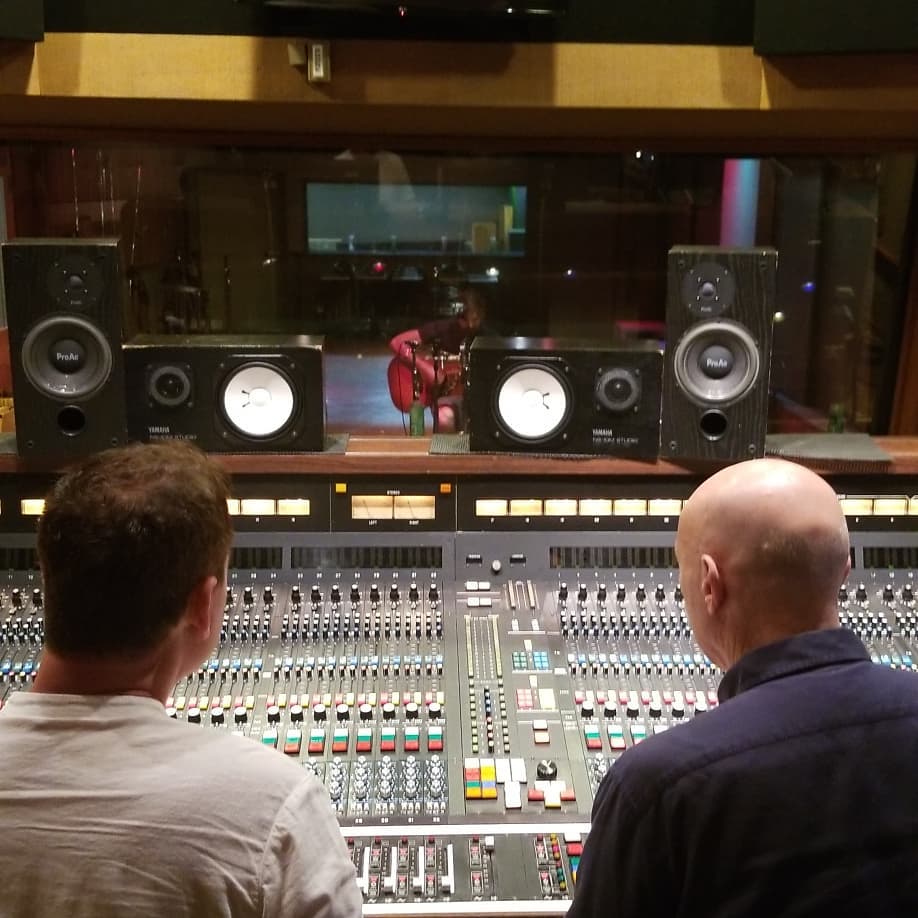 The mics were placed adjacent to each other and approximately 10 inches from the source. Mogami and Monster cables were used thru the chain. No equalization or compression was added. Care was taken to match the level of the preamp as best as possible but due to the nature of a vintage console and vintage microphones, there may be a slight difference in level.

The demonstration is to illustrate the overall tonal similarities between the Tonelux and the original. A number of microphones from the Sunset Sound Mic Locker were evaluated. Numbers 5 (my personal favorite) Number 7 and Number 8 were used in the test. These microphones use the CP2 and CP 3 power supplies. 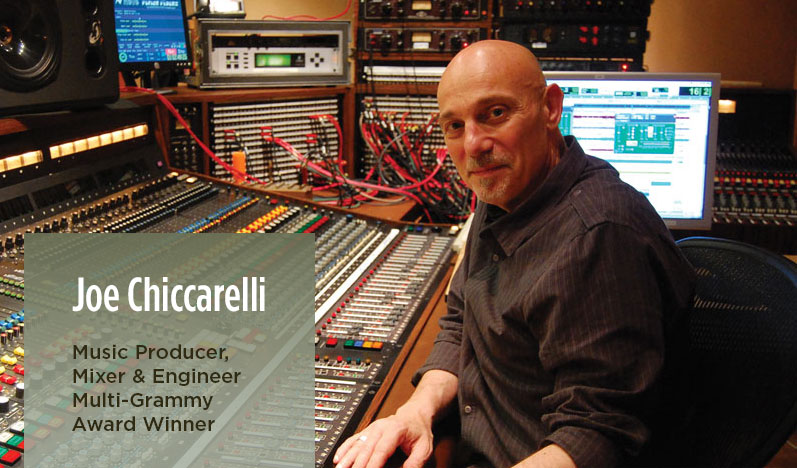 “The C37a is a very unique mic. It was Sony’s first attempt at a tube microphone to rival the Neumann’s and AKG of the 1950’s. The look was in keeping with RCA and AIWA mics of the era and originally designed for use on Television as well as recording. The mic is a very simple circuit but with some very unique features and properties. Although the tube circuit is very basic the sound of the transformer and capsule are very unique. The frequency response of the mic has a slight dip in the upper midrange and a slight rise in the upper high end. This makes the mic very complimentary for singers who have a harsh or sibilant voice. Plus the fact that this is a rise in the high end it adds air and opens to instruments like acoustic guitars, flutes, cymbals etc. The tube circuit and transformer also have a particular saturation sound. There is a slight bit of compression at higher SPL. It makes for a gentle compression for loud singers or snare drums.”

Why are others going to love the C37 if they haven’t ever used one?

“This is a special mic. It does not sound like a typical midrange forward Neumann or extra brilliant AKG or even an overly hyped modern condenser microphone. It fills a void in the studio mic locker. There are so few studios in the world that still own these mics and it has become increasingly harder to find them. Auction prices can be over $4K for a 50 year old mic system.”

“I’ve been fortunate to experience the sound of this mic. Thoughout the 1960’s the mic was popular with singers like Frank Sinatra. It was also used in big band recordings on horns and percussion. Often photos can be see of Phil Spector’s Wrecking Crew with these on drums. The Doors relied on these for many of their classic albums. Herb Albert has stated that this mic consistently delivered his favorite and signature trumpet sound. More recently Daniel Lanois remarked that this was one of his favorite mics and he used them to record singers like Emmy Lou Harris and Chris Whitley. Over the recent years I have had great luck with them on sessions for My Morning Jacket, The Shins, Jason Mraz and Young The Giant.”

What made you choose Brent Casey to help you get this done?

“I choose to work with Brent Casey and PMI Audio because I believe they have done a great job manufacturing affordable microphones as well as being able to revive classic brands and models like Trident Audio. They have done this in a way of honoring tradition and the original intent of the product as well as making them more useful for the modern studio environment.” 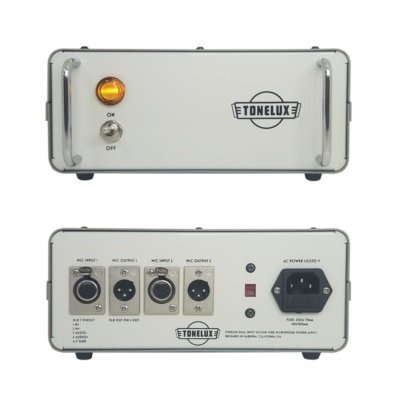 Providing power to the JC37 microphone is a variation of the Tonelux universal tube microphone power supply, which with its adjustable B+ and heater voltage – along with selectable heater elevation can be configured to operate nearly any vacuum tube microphone in existence.

I/O for two JC37 microphones is provided for stereo/dual miking capability, meaning the mics are available in pairs, or that a second JC37 may be purchased at a later time, without the additional cost of another psu. 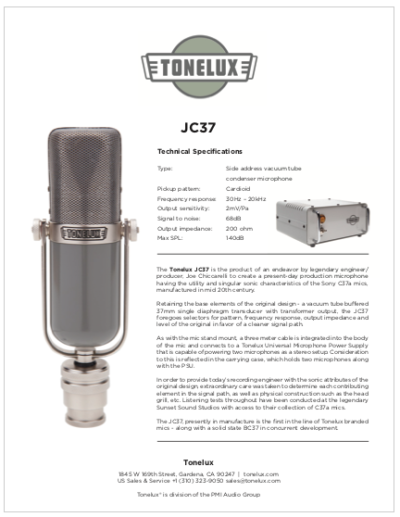